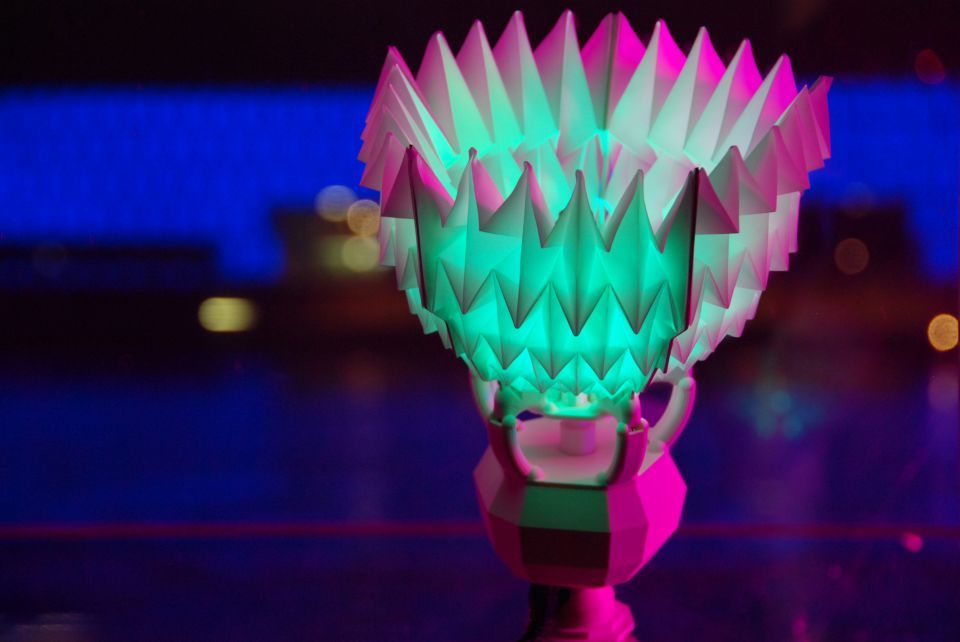 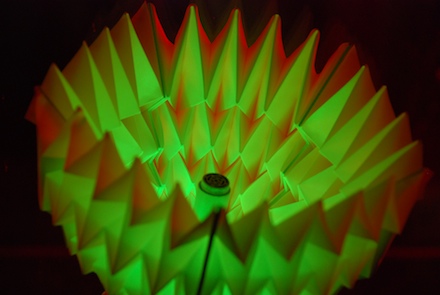 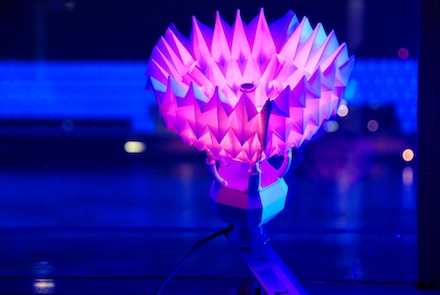 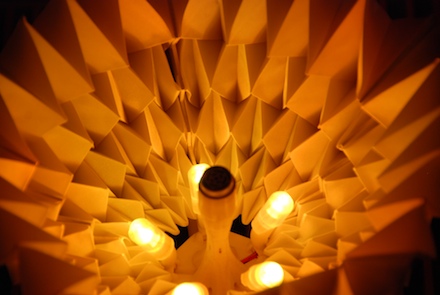 Oribotics is a field of research that thrives on the aesthetic, biomechanic, and morphological connections between nature, origami and robotics. At the highest level, Oribotics evolves towards the future of self-folding materials. In current research, the focus is on the actuation of fold-programmed materials like paper, and synthetic fabrics. The design of the crease pattern, the precise arrangement of mountain and valley folds, and how they fold and unfold, directly informs the mechanical design, so a key area of current research is discovering patterns that have complex expressions that can be repeatedly actuated.

The inspiration for the current mechanical design arose from reading a paper titled The geometry of unfolding tree leaves . While the topic of the paper was perfect, it was the intuitive illustrations by Biruta Kresling that revealed the natural mechanism. Kresling's illustration instantly inspired a clarity of understanding. So much so, that during a fleeting trip to Paris in August 2007, Gardiner took time to meet with Kresling and during a 5 hour conversation, showed her recent works and explained its origins. Kresling explained how she was the nexus for the intercultural, intercontinental transportation of the pattern known by her as 'Anannas', and by the western world as the 'water-bomb' pattern, as the current genus of oribots use a variation of the water-bomb pattern. A 19 year old French student N. Maillard discovered the pattern in her class, and Kresling shared the idea, gathering mathematical knowledge from Emeritus Koryo Miura, and the most significant sharing with Dr Kaori Kuribayashi resulted in a patent for a medical stent that is now estimated to be worth 2 billion dollars. Origami has a place in modern medical technology.

Digital fabrication technology enabled Oribotics [futurelab] to be "grown" over 1400 hours in the Ars Electronica Fablab. The 3D printer sits in close proximity to the Biolab, where plants are cloned using synthetic methods to educate visitors about genetic technologies. This symbolically links to how nature uses folding in many contexts, the most significant being the folding of proteins, including DNA. This 'origami of nature' takes microseconds to complete thousands of folds, and a single folding error can profoundly effect the survival of the lifeform. Survival of the folded pattern is now a problem of past oribots, where repetition would gradually degrade the membrane. This new generation has a polyester fabric membrane. Polyester is deformable by heat, and as such can be programmed with an oribotic pattern that will last for the life of the material, over millions of repeated interactions.

The intention of the interaction design is to, in a simple way, reveal the interconnectivity of the folded pattern through micro and macro interactions. In an oribotic pattern, actuating a single fold causes every other fold to move; each fold is mechanically interconnected. Micro interactions occur with sensors, inside each bot a proximity sensor measures objects in front of it’s “mouth”. As an object (a human hand) approaches, the oribot blossom opens, causing 1050 folds to actuate in the bot. Macro interactions occur via the network and software; each micro interaction is broadcast to every other oribot in the installation, causing the sympathetic movements of over 50,000 folds across the entire installation, creating a stunningly complex moving image. 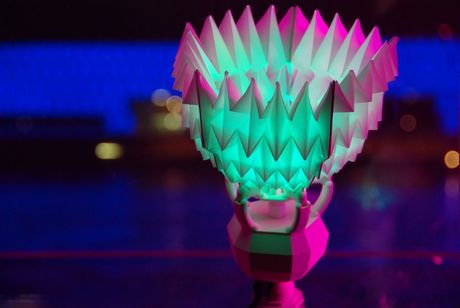