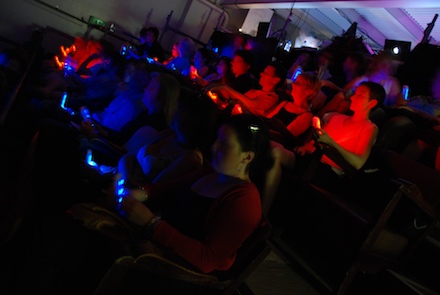 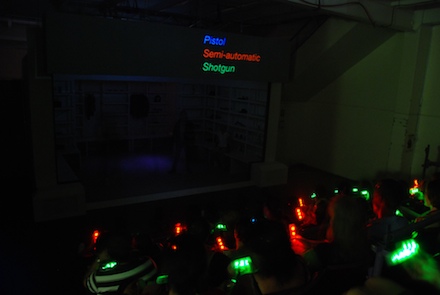 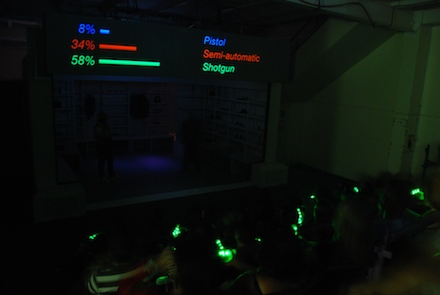 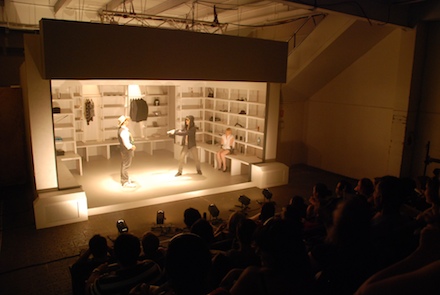 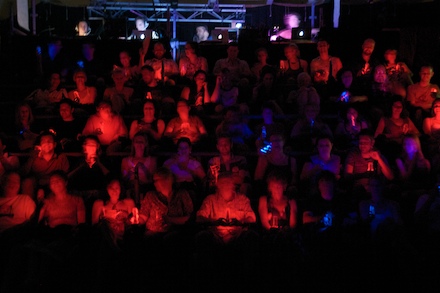 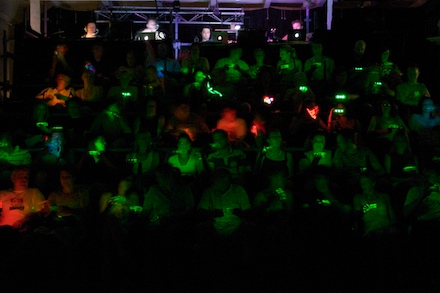 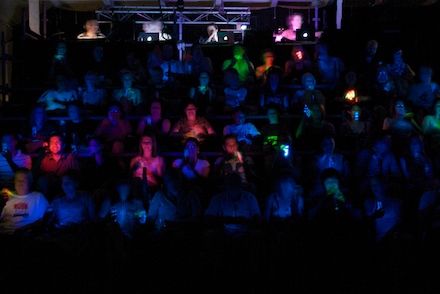 Note that this article focuses on a technical development for Trouble on Planet Earth, not the show itself.

Sam Haren and Heidi Angove (from The Border Project) contacted Matthew Gardiner in late 2007 to discuss an idea for a theatre work that The Border Project was developing. The script was a branching tree, based on the Choose Your Own Adventure style of books popular in the '80s. The idea was to take the branching script and ask the audience to navigate the script through a collective voting process. A game of democratic chance, mixed with performance. Their main question was how can we build a cost effective handheld wireless device that will allow the audience to vote, be easy to use, work in a darkenend theatre environment, be connected to a database system for voting, and connect to a video playback system... and did I mention cost effective?

The Australia Council's Inter-arts board funded the project and so The Border Project and the Gardiners sat down in Adelaide and dreamed up the ZigZag. We decided (after some prototypes) on a low power IEEE 802.15 protocol called Zigbee, RGB LEDs (multicoloured lights) and an accelerometer.

The result is the ZigZag, a device that wirelessly communicates its orientation in space back to a central server. The orientation is detected by the XYZ accelerometer, and the orientation affects the colour of the LED. The tree structure of the script required 3 choices, so we went with Up, Down, and Horizontal, like yes, no and maybe.

In the theatre it worked like this: At the beginning of the show an interactive lesson, with the actors and a video 'character' would teach the audience about the ZigZag, telling them how it worked, and even running through a few test votes. The show would start and soon the actors would reach a branching point in the script and a video would be triggered to ask them the question. Like what weapon should I shoot him with?

In this example the choices are Pistol, Semi-Automatic, or Shotgun. Giving the audience 20-30 seconds of thinking time, the ZigZags would light up, and the audience would turn it up, down or, horizontal to make their vote.

The votes would be tallied by the server and display the vote counts onscreen.

The show would go on, the server also relayed the information back to the actors, so they could immediately start acting the next scene, in this case the cowboy got shot with a shotgun by the cop. 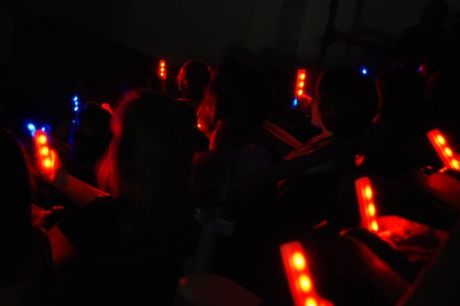 Trouble on Planet Earth, by The Border Project won the Ruby Award for Innovation and Best Show at the 2008 Adelaide Fringe.